How did Pure SEO become what it is today? Well, it’s been a journey and a half. Scroll through our company timeline to embark on the adventures that created, grew, and expanded the business! The history of Pure SEO begins in October 2009, when company CEO and founder Richard Conway and his wife Emily moved to New Zealand. Richard recounts more than one morning of staring out the window with a coffee, faced with the prospect of finding work after immigrating from the United Kingdom with no connections. Eventually, Richard and Emily came up with the name—Pure SEO—together, based on NZ’s clean, green image, and hoping that the ‘SEO’ part of the name would be self-explanatory. It turns out they were right. After spending $200 on a website Richard calls a ‘comedy of errors’, Pure SEO bagged its first client Creative Embroidery, who still ranks in the top spot on Google’s results pages today! Eighteen months and about $10,000 later, Pure SEO launches a new website—a noticeable improvement from the last one—which starts paying off almost immediately. The new website launch was a huge turning point, as bigger-named clients the likes of Singapore Airlines started approaching the company. While ultimately Pure and Singapore Airlines didn’t end up working together back in the early 2010s, Richard says it taught him the value of first impressions and a “good shopfront.”

2012 was a tough year for the company. Emily was diagnosed with cancer the same week Pure lost a key staff member. Despite being awarded as The David Awards’ Supreme Winner, Richard suddenly had to spin three precarious plates—the business, the diagnosis, and a young child. Two years later, things started turning around. In 2014, Pure gained two major shareholders; Tony Falkenstein (Just Water) and Ian Malcolm (now of Greenlion). These two experienced businessmen were prepared to help grow the business and launched things into overdrive. “Having good people around makes good things happen,” Richard says, “I don’t have a bad word to say about either of them.” The company also celebrated five years in business in 2014, with a party that still gets talked about today! 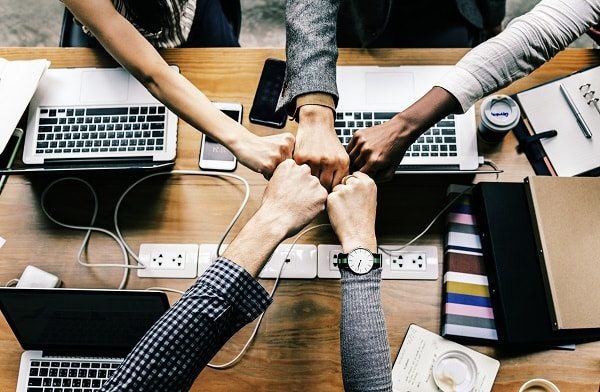 The first Pure SEO office was on the corner of someone else's desk in an office block in the Auckland Viaduct, but the company soon grew and moved above the Chiller Cafe in Parnell. Eventually, after moving to Sales Street in 2013 (the same year Pure took home the only NZ prize from Google Engage All-Stars), and then Beaumont Street in 2015, Pure made the transition to Northcote in 2018, where its Auckland headquarters thrives today. This was the company's first move from leasing to owning property too! It’s been a long road over the past decade, with plenty of highlights along the way; a trip to Necker Island to hang out with business legend Richard Branson, helping put together the first NZQA SEO course for Unitec and creating the Pure Biz Graduate programme aimed at helping lift up new entrepreneurs. These days, Pure SEO is still making history as the most awarded SEO agency in New Zealand; launching boutique sister-brand Digital Popcorn, publishing a book, and attending Google Marketing Live in San Francisco, all in 2019 alone! Pure’s showing no signs of slowing down, and if the last decade is anything to go by, the next ten years will surely have some twists and turns, but there’ll be plenty more good people out there to meet! At the end of the day, that’s what Pure SEO is all about: helping good people find each other.