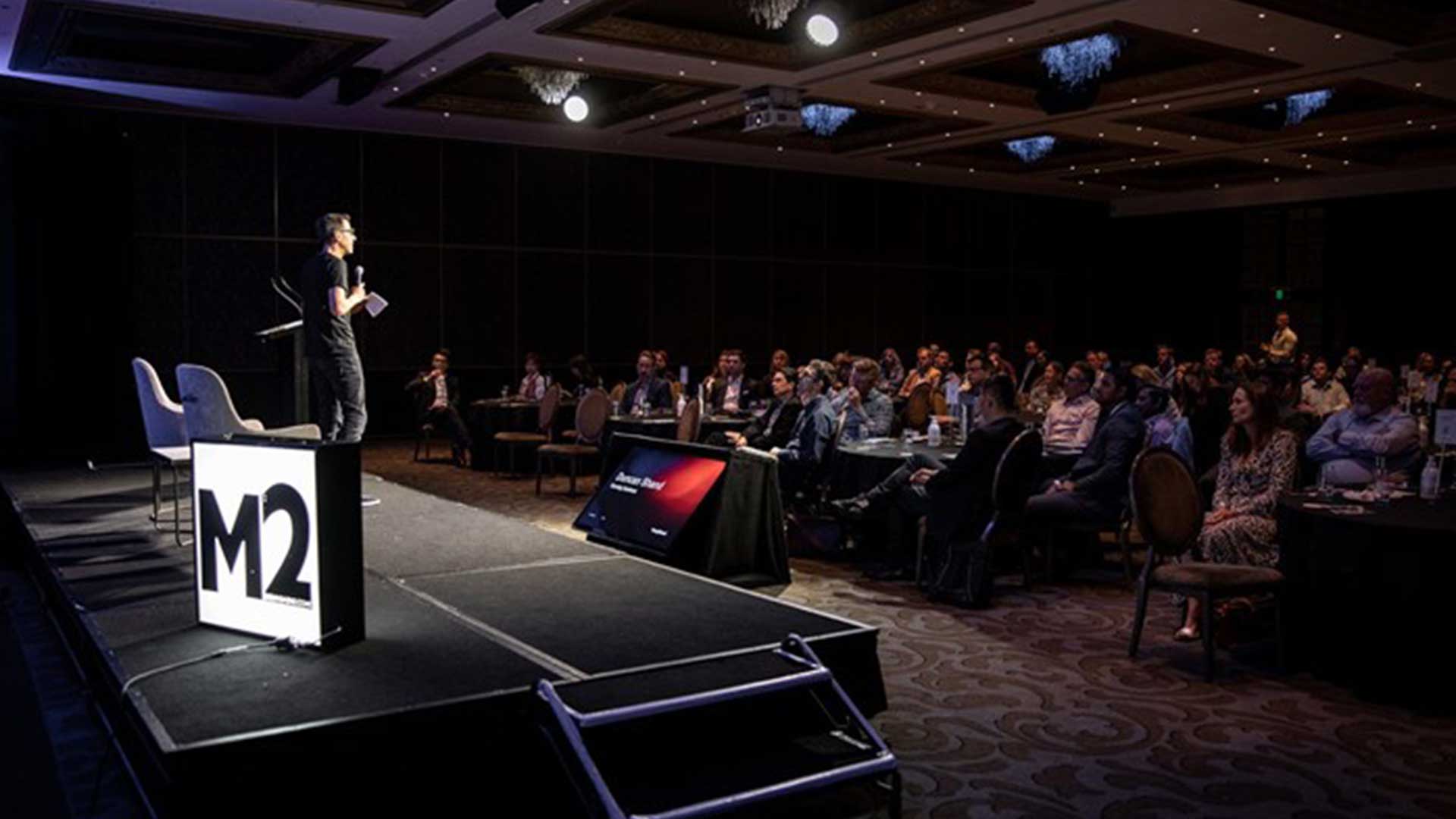 Pure SEO was proud to attend the 2020 M2 Summit in Auckland at the Cordis Hotel on 4 November, where we heard from some of the most influential entrepreneurs and business leaders in New Zealand. Everyone from independent venture capitalists and knighted philanthropists, to the head of public policy for Uber in New Zealand took the stage to offer fresh insights and perspectives into the future of business and leadership, and to share stories of their success.

So, what did the Pure team take away from the ten speakers? Check out some of the best highlights and the insights from the M2 Summit that we thought mattered most to the digital world.

Early in the day, we heard from Rachel O’Shea, a co-founder of New Zealand-based technology company Yabble. Yabble is a software platform built to provide data and insights for market research.

Data is key to what we do in the digital world. Algorithms drive everything from your Facebook newsfeed to Google Shopping Ads, delivering personalised experiences by collecting and aggregating user data. Increasingly, smaller and smaller businesses around the world are finding that they can draw on the power of customer data to inform their business strategies.

O’Shea spoke about the need for data in today’s digital market. She reminded us that our own customers’ data can only carry us so far. Eventually, we will need data from the rest of the market to find the potential we haven’t yet tapped into. This data can help us determine what consumers value and what informs their purchasing decisions.

However, as data continues to play a larger role in our everyday lives, more people are learning about how and why it is collected. This means that maintaining trust in this process is paramount. Rachel pointed to the enormous number of younger users who deleted the Facebook app amid the fallout of the Cambridge Analytica scandal. However, she also brought our attention to the widespread embrace of QR codes brought about by New Zealand’s COVID-19 preparedness campaigns.

Ultimately, Rachel inspired us to think more ambitiously about the role data will play in the future of business.

We particularly enjoyed hearing from the Nesian Network about the power of bringing businesses together to pursue mutual goals. Members Indiyah Beckmannflay, Kristin Harper, Pita Pirihi, and Stanley Henry spoke at length about their vision for a New Zealand business community—particularly among Māori & Pasifika business leaders—that elevates itself through support and positive engagement.

Perhaps the most common theme of the summit was celebrating success. By the time The Nesian Network took the stage as the last speakers of the day, the issue of tall poppy syndrome had already been raised by other speakers three or four times. So, what is it?

Wikipedia specifies that tall poppy syndrome— “the cultural phenomenon of mocking people who think highly of themselves” —is common in Australia and New Zealand. Each speaker was quick to point out that they’d noticed it since arriving in New Zealand, and that it would hinder our growth if unaddressed.

Part of what made the M2 Summit so rewarding was the wealth of different perspectives that shared the stage. Many speakers had achieved extraordinary success internationally (everywhere from Silicon Valley to Japan) before arriving in New Zealand—some returning, some for the first time. Many said that Kiwis’ attitude toward success was very different from other parts of the world, and encouraged New Zealand’s business leaders and people to celebrate each other’s success and elevate each other to make the country a desirable destination for future entrepreneurs and business investors.

As one of the most awarded SEO agencies in Auckland, we here at Pure SEO were thrilled to count ourselves among the many organisations inspired by the speakers at this year’s M2 Summit. We’re proud to be a tall poppy in New Zealand’s digital marketing world and look forward to celebrating your success as well! Get in touch with us today for the help you need to climb the search rankings until you reach higher than all the other poppies on Google.