Three years ago, Twitter received backlash from its users due to uncertainty of the “blue badge” verification process. In November 2017, Twitter stated that while the “verification was meant to authenticate identity & voice,” it was “interpreted as an endorsement or indicator of importance.”

Twitter has a longstanding commitment to only allow information on the platform in line with their own rules & regulations, and many verified accounts whose behaviour did not fall within their guidelines were removed or de-verified in 2017. However, in late November 2020, Twitter admitted that “we haven’t been clear about who can become verified and when, why an account might be unverified, or what it means to be verified.” This ambiguity led to a complete halt of the programme and an internal review.
Twitter is now preparing to re-launch the verification process, but to what end and to what lengths? Read on below! 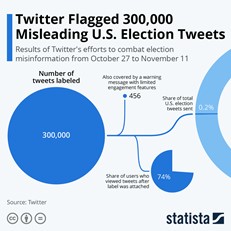 Twitter has since prioritised its efforts around protecting public integrity in current events such as the 2020 US election or the COVID-19 pandemic. Twitter has proven to be a beneficial form of social media as it reaches many people quickly through tweets and retweets. So, it is no surprise that politicians, world leaders, and scientists use it as their primary platform to reach the masses.

Twitter’s Call for Help to Shape the New Verification Process

Come November 2020; Twitter announced it was ready to revisit the paused verification process. While also calling on its users to share their feedback to draft the new policy. Twitter noted that asking for public feedback had become a vital part of their approach, citing that they wished their rules to “reflect the voices of the people who use Twitter.”
This request for assistance was met with a massive response with 22,000 survey responses from its users. Having taken on the public’s advice, Twitter developed a set of standards and guidelines for its new verification process. Some of the changes are as follows.

Twitter’s verification process aimed to verify accounts of public interest that are “notable,” “authentic,” and “active.” There are six types of accounts that are identified as eligible for the blue badge:

There were also plans to label bot accounts and Memorial accounts for people who have passed away. These new changes are to be implemented to create a better experience for member-use, advertising, and digital marketing.

Twitter had also confirmed the offences, leading to a loss of the verified blue badge or, worse, an account de-activation. These include but are not limited to repeat violations in Tweets of: We have seen Twitter actively enforce these guidelines in most recent events with outgoing US President Donald Trump’s account, @realDonaldTrump, being first suspended and then permanently de-activated after his tweets were shown to have incited violence, going against Twitter’s Glorification of Violence Policy.

When will the verification process relaunch?

Why does this matter to digital marketers?

The verification process helps users on Twitter to easily identify genuine brands and companies. The blue badge also adds an element of trust that they are engaging with the right account.

However, from a digital marketing perspective, it is widely believed that verification is not essential for a brand’s success.

“Verification never really gave a ton of benefits that brands couldn’t get; most brands were able to get the analytics that Twitter offered through verification from their advertiser access,” said Braziel.

In reality, the verification won’t help drive KPIs or any metrics but will perhaps act more as a symbol of authenticity than a hard marketing tool.

Is your brand looking to earn Twitter’s blue badge?

Make the most of every social media platform and strengthen your brand reputation!

For more digital marketing news and insights, subscribe to the Pure SEO blog, or get in touch with our team to talk to us about our social media marketing services!

Kate joins us from the land of leprechauns and Guinness. She began her career in Whistler, Canada, working as a social media content creator and skiing as much as possible.